The researchers have come at the topic from a wide range of disciplines. Some are cognitive scientists or exercise physiologists. Other advocates are educational psychologists, neurobiologists, or physical educators. The applied research, which compares academic achievement between schools where kids have physical activity and those where they don’t, also supports the hypothesis.13

Like six blind men describing different parts of an elephant, they are all addressing the same issue but from different viewpoints. They are all correct in revealing how physical experience affects the brain. Each of their viewpoints is valid, yet incomplete by itself.

While careless policy makers reduce physical activity, many administrators are unaware of the inverse correlations with adolescent depression. It’s scary, but each year one in six teens makes plans for suicide, and roughly one in 12 teens attempts suicide.18 Yet there is considerable evidence that running can serve as an antidepressant.19

These data would suggest that educators might want to foster neurogenesis with physical education. But educators and policy makers can’t see the new brain cells being produced. That’s one reason to know the science, to show everyday, easy-to-influence school factors that regulate neurogenesis and, subsequently, cognition, memory, and mood. Those are the kinds of connections that should be made. They are not careless; there’s little downside risk and much to gain.

To verify this hypothesis, we check the applied research to find out what happens to student achievement in schools where physical activity is either added or strengthened.

The research in this arena is mixed because there are no broadly established protocols. For example, there are questions about when and how much physical activity is needed, what kind, and whether it should be voluntary. These are not trivial issues; our brains respond better to meaningful activities with appropriate duration and intensity over enough time to make changes. Voluntary activity is important, too. If the activity is forced, it is likely to generate distress, not cognitive or health benefits. But when the studies are well designed, there is support for physical activity in schools.

So the interdisciplinary promotion of physical activity as a “brain-compatible” activity is well founded. Again, we see the brain involved in everything we do at school.

Thus a brain-based perspective strengthens the case for maintaining or enhancing physical activities in school.

Was all of the research from the realm of neuroscience? No, it was from a wide range of sources. But every source still comes back to our brain. Is our brain enhanced or impaired by physical activity? The answer is clear: brains benefit from physical activity in many ways. The brain is involved in everything we do at school. How you measure it (basic science, cognitive science, psychology, applied research, sports research, neurochemistry, etc.) will still require the brain.

While critics are trying to narrow the discussion of brain-based education to a “turf war” over where the science comes from, the bigger picture is simple: the brain is involved in everything we do at school. To ignore it is irresponsible.

Excerpted from Eric Jensen’s article in Kappan Magazine…. You can read the full text here. 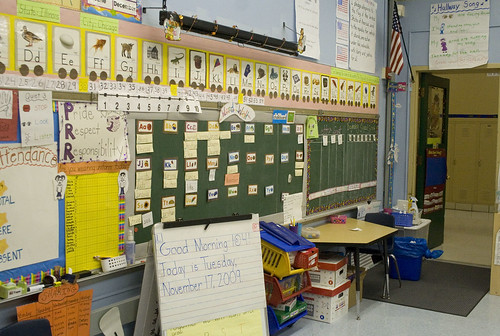