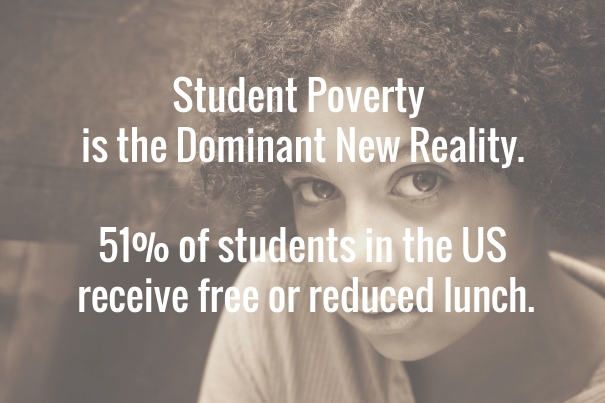 If you have a student who simply doesn’t respond well to your directions, listen up.

The student may have weak working memory, a skill that cognition experts say we should be increasingly concerned about because it’s a leading predictor of poor academic success. Eric Jensen, Ph.D., an educator, author and human development specialist who studies brain cognition, says students who appear not to be trying hard enough may see dramatic improvement when we focus on cognitive skills.

Educators, he says, can actually improve cognitive capacity, specifically, working memory and even IQ by using relevant teaching strategies. “DNA is not your destiny”, he adds, saying that students from poverty do not need to repeat their parents’ lack of educational success.

“When teachers don’t make content relevant, then kids don’t care about it and the brain thinks it’s just noise,” Jensen said recently in his webinar, “Leading with the Brain in Mind: Focus on Cognitive Capacity,” part of Scientific Learning’s Brain-based Learning Webinar series. By relevant, Jensen means strategies that tap into a child’s working memory and help improve cognition.

Working memory, a core driver of cognitive capacity, is a skill regulated by the brain that allows us to retain and manipulate information from different sources at the same time. Some think of working memory as the brain’s “workspace.” For example, multiplying double digit figures without writing them down requires strong working memory. While you’re calculating, you’re also retaining the numbers. Another example is reading the first paragraph in a selection and keeping that information in mind as you read through paragraphs 5, 6 and 7, so that you are comprehending as you read along.

Children with weak working memory are often misdiagnosed as not paying attention, when they may simply be forgetting basic instructions before they begin the task at hand, Jensen said.

Poverty changes a child’s brain and ability to learn

Children who live in poverty are especially at risk because stress can limit working memory. The nation’s K-12 schools enroll 25 million poor kids, nearly half of all public school students in the country. The number of school children living in poverty has reached crisis levels, Jensen said.

“Many students who start kindergarten never finish elementary school at grade level and that’s a problem because (then) they rarely finish secondary school at grade level,” Jensen said, pointing out that poor students are the norm in most classrooms, as of 2015. “That, my friends, is a crisis.”  School leaders should work to ensure that every student can graduate (from) high school college-or be job-ready, he told the group. “We have less than a generation to turn things around.”

Stress related to poverty can lead to limited working memory that may appear as restlessness, lack of motivation or being easily distracted. In fact, acute and chronic stress, common among children from poverty, can actually lower IQ significantly. Students may fall far behind their peers in reading and other academic skills. Using PET scans, researchers have been able to actually see the difference in working memory between high and low performing students. The real implication of the research for parents and teachers, however, is the finding that these skills can be improved. Brains begin to change when students are routinely curious, anticipate learning and buy-in to lessons, Jensen said. In other words, teachers can actually improve a student’s cognitive capacity and IQ with the proper approaches. There is nothing deficient about the brains of children from poverty; they simply need more practice with the right skills.

Building brain capacity among these at-risk kids requires more parental involvement, well-trained teachers and systemic change in schools, according to Jensen. Schools need strong leaders, or those who have a higher vision about how to help their students using high-yield strategies. Leaders can foster the necessary collective action for change by providing an energized effort in building cognitive capacity in children already behind grade level.  In fact, Jensen thinks that to close the achievement gap for disadvantaged students, educators need to make 2+ years of progress for every one year a poor child is in school. If not, he says, “schools are failing.”

More structure and engaging software, such as Fast ForWord®, have proven effective in helping children build foundational cognitive skills, Jensen said. The software can be especially useful because building working memory requires consistency and intensity, which teachers faced with time restrictions may find difficult. Fast ForWord®, for example, has accountability and feedback built-in and has produced “fabulous results,” in as little as four weeks, Jensen said.

Parents and teachers frustrated by students who appear to lack listening skills and the ability to follow directions would do well to consider if limited cognitive capacity, or working memory, is actually to blame. At a broader level, experts, like Jensen, say pervasive child poverty has created a crisis in our classrooms that demands visionary new approaches: from parents, teachers and institutions. To learn more about developing cognitive capacity and working memory, watch Eric Jensen’s full webinar here.

Get The Strategies
Can You Change Mindsets? PD Transfer
Scroll to top